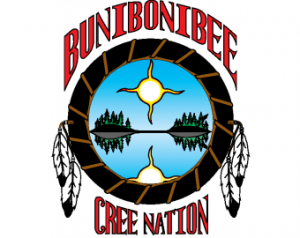 Bunibonibee Cree Nation (Oxford House) is located along the eastern shoreline of Oxford Lake at the mouth of the Hayes River and is approximately 950 kilometres northeast of Winnipeg. The reserve is located on a ridge of land between Oxford Lake to the west and Back Lake to the east.