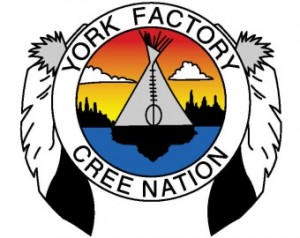 The Crees of York Landing were originally from the region now known as York Factory, Manitoba, a community that was located on the north shores of the Hayes River, approximately six miles inland from the coast of Hudson Bay.

During the fur trade in the 18th and 19th centuries, fur trading posts were established in various regions of Canada to serve as home bases for the fur trading companies. York Factory was established in 1671 as one of those trading posts. Competition for the fur trade industry was fierce between the French and the English and it led to the fort changing hands a few times over the years. In the end, the English established superiority and reclaimed the post at York Factory. The Hudson Bay Company closed its doors at York Factory in 1957, leaving behind it much history during its more than 250 plus years of trading in the area.

The closure of the Hudson Bay Store was the major reason cited in the relocation of the York Factory Cree to an area that in now known as York Landing. The community of York Landing did not receive reserve status until 1989.

York Landing is located along the eastern bank of the Nelson River, roughly half-way between Lake Winnipeg and Hudson Bay, and it is located 116 kilometers from Thompson, Manitoba. The community has a population of 464 and it consists of 118 dwellings.