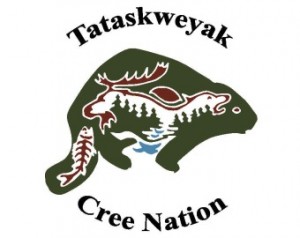 Tataskweyak First Nation is located in the community of Split Lake, Manitoba.

Grey Goose Bus Lines and other companies such as Arctic Beverages and Old Dutch provides the community with freight and goods on a daily basis. Despite its remoteness, it is one of Grey Goose’s most important destinations.

Tataskweyak recently had its 100 year anniversary of its treaty signing.

Tataskweyak has an annual ice fishing derby, where the first prize is usually a vehicle.